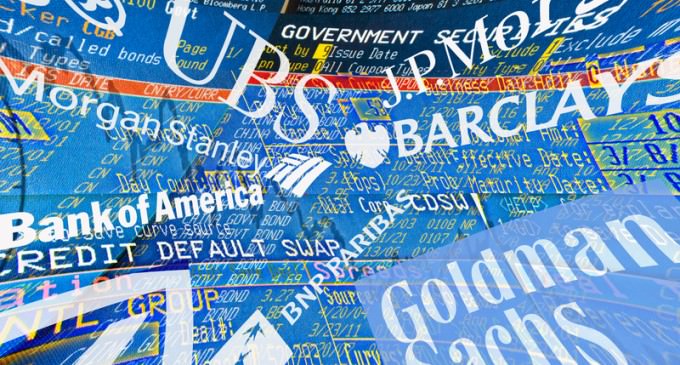 Recently a discussion at Sprott Money revealed an interesting analysis done by several Swiss academics about two and a half years ago.  Basing their analysis on financial data involving 10 million economic actors comprsied of both individuals and corporations.

Taking those ten million data points, the trio discovered there was a single aggregate entity comprised of approximately 144 “individual” economic actors, three quarters of them banks.  These 144 nominally independent entities give the single “super” bank behind them direct control of 40% of the entire world's economy.  These are not subtle and formless actors hiding behind a screen of propriety while engaging in their ruthless financial shenanigans.  The list of banks complicit in this scheme is nearly synonymous with the list of the biggest banks on Earth, including such “luminaries” as Citigroup, Deutcshe Bank, Credit Suisse, Goldman Sachs, Bank of America, JP Morgan, and others.

Astute readers will recognize most of those names as being behind some of the biggest financial crimes ever committed.  Continue to the next page to see what else they're up to.