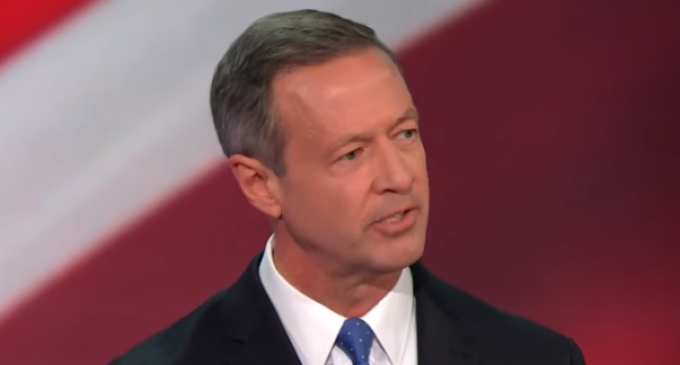 The Democrats just never get tired of trying to promote gun control to gun owners and failing miserably. Of course, this is because many of them simply can't relate to them, as was made painfully apparent this weekend.

Speaking at the NBC/Youtube Democratic debate on Sunday, former Maryland Governor Martin O'Malley defended his position on gun control by touting his relationship with gun owners. Attempting to defend his anti-Second Amendment record, O'Malley claimed that he's, “never met a self-respecting deer hunter that needed an AR-15 to down a deer.”

Setting aside the unlikelihood of his claim that he regularly fraternizes with gun owners and deer hunters, O'Malley's statement is stupefying. Yes, maybe deer hunters don't need AR-15's to shoot deer, but have you considered the possibility that maybe, just maybe, they need them to defend themselves?

To be fair, O'Malley, with his well-trained security escorts, probably doesn't understand why anybody would need an AR-15 to protect themselves and their family. It should, however, keep him from opening his mouth on topics that he has little understanding of.