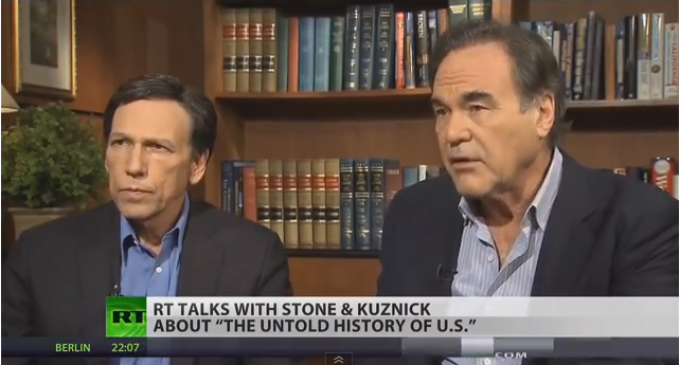 “We get into that heavily in our series”

Watch this video interview of Oliver Stone and Peter Kuznick on their series “The Untold History of the United States”, which covers the ‘shadier' side of American politics.

They address topics such as NSA surveillance, drones, and Wall Street greed.