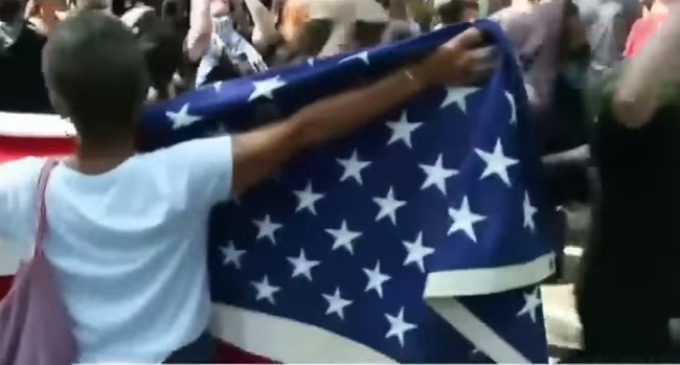 The fever pitch in the “antifa counter-protest” groups has now entered the stage that law enforcement deems one of the most dangerous prior to full-blown rioting in the streets.

In the matter of only a week, the Fake News Industrial Complex (FNIC) has managed to move the demonstrations in Charlottesville that were peaceful for hours before the arrival of the antifa bought-and-paid-for hooded, masked and armed thugs of the HOGS (Hillary, Obama & George Soros) Funding Corporation, to the streets of Boston and beyond.

In reports the nation over, these paid thugs of the HOGS have threatened and committed assault and have defaced and vandalized public and government property without a single word of condemnation from the FNIC, the Party of the Jackass, or the Swamp RINOs.

This is a very tenuous position for the president.  Does he continue to look on, despite what will be said about him later in the press (because, as we all know, it won't matter what he says or doesn't say, he will be blamed), or does he do the right thing and called for increased police presence at these anti-establishment antifa thug-fests where the rule of law is destroy and skate?

Read on the next page about how not responding to this continued threat to the public will end up biting America on the rear end!  Watch a shocking video that says it all!