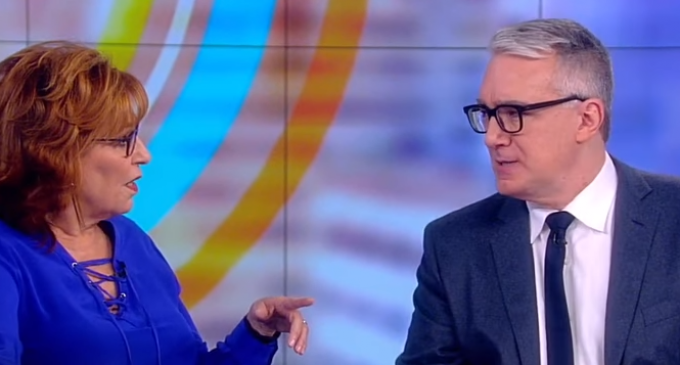 If there is one thing you can say about Donald Trump, it's that he has been a boon for Leftists who were at their rope's end when it came to surviving by the skin of their teeth the Obama regime.  President Trump has done more to shore up a flagging DNC fundraising effort than Mitch McConnell, Ted Cruz, Mike Lee, Paul Ryan and Michele Bachmann combined!  And that's saying something.

In addition to saving the struggling DNC coffers from being opened to reveal a scene directly from the end of the movie, Raiders of the Lost Ark (i.e., Rene Belloq opens the Ark of the Covenant to reveal a container of sand), he has also saved an underwater Fake News Industrial Complex (FNIC) from certain death by drowning in their own headlines.  Even the old and haggard “Gray Lady” (New York Times) senior editorial staff admitted on hidden camera to Project Veritas that Trump was the best thing that's happened to the paper since Nixon's resignation.

As for the Libs, they are laser-focused on destroying Trump with words, rather than facts, and that falls right within the grand tradition of people like Al Franken and Bill Maher who have made a living out of naysaying, but doing literally nothing to further the human condition beyond what is comfortable for the typical Liberal.  In other words, they are all talk and no action.

One of the rare exceptions is Keith Olbermann who is doing his level best right now to draw attention away from real, honest collusion with the Russians by Democrats as well as collusion with useful idiots like Bill Kristol and John McCain (who Olbermann would apparently French-kiss if it could throw Trump from office) in his podcasts brought to you via his mom's basement!

Turn the page to read about his new book, Trump is F*cking Crazy (this is not a joke), and how he peddled this piece of garbage on The View to an enthusiastic panel and audience, and how he apparently believes that Trump has been worse for America than even bin Laden himself!