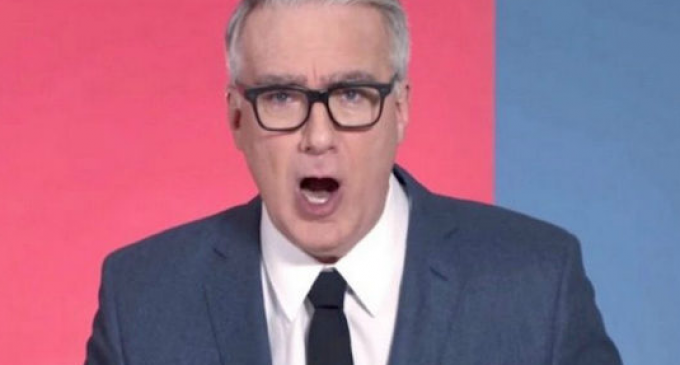 Keith Olbermann is back.  His GQ paycheck of $967 (before taxes) monthly came in and, after paying his mother's mortgage, the electric bill, the water bill, the groceries, the internet, phone and cable, and the monthly $8 donation to the Save Barack Obama's Legacy Foundation, he was able to smile at the camera in his mother's basement and begin his “Resistance” rant on the next very important subject matter.

The once-mediocre sensation who played second-fiddle only to Rachel Maddow has come into his own with this relatively new GQ gig-in-the-basement deal and has been able to curry the favor of such dignitaries as Kim Jong-un and J.K. Rowling who, for similar reasons, hate Donald Trump.

Kim Jong-un names Keith Olbermann his “comrade and fellow deep-thinker,” while J.K. Rowling believes that if she wrote another Harry Potter novel, she would create a character specifically modeled on Olbermann who broadcasts from an underground magical fallout shelter far from the negative wand-craft of an evil President of the United States.

There's a certain kind of magic, almost of Hogwarts quality, that allows a man of Olbermann's limited talents to survive on $38 each month, and for those of you who have labored through his broadcasts, you can see why the networks are not fighting each other off to beat down his doors for a new contract.

Never underestimate a Chihuahua spoon-fed on Starbucks grande lattes, though, for as effortless as the Party of the Jackass can disallow a “good crisis to go to waste,” Olbermann cannot bring himself to shut up on issues that are way too far above his head.

Turn to the next page to read about Olbermann's take on the 2nd Amendment…if you want a good laugh!