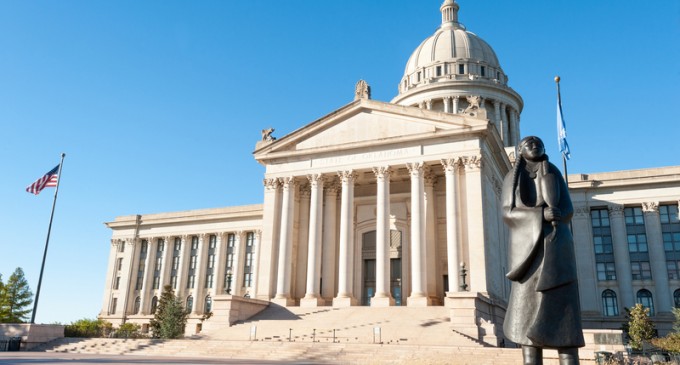 Throughout his tenure as president, Barack Obama has been accused of overstepping his authority on countless occasions.  When he ran for office in 2008, Senator Barack Obama promised to preside over the most open and transparent administration in United States history.  Eight years later, this promise is perhaps even more laughable than “if you like your doctor, you can keep your doctor.”

Instead of being open and transparent, the Obama administration has frustrated the press with more stonewalling on Freedom of Information Act (FOIA) requests than any other administration in history.

The administration has overstepped in its implementation of the Affordable Care Act, its nuclear deal with Iran, swapping Gitmo terrorists for a U.S. traitor, the list continues ad infinitum.

The Obama administration's recent guidelines on what schools should do regarding transgender bathrooms may have simply been the straw that broke the camel's back for state legislators in Oklahoma.  To read about the legislation Republicans have introduced seeking articles of impeachment against President Obama and other administration officials, continue reading on the next page: