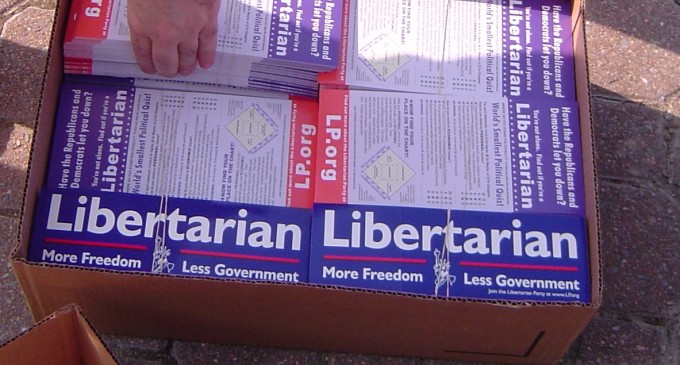 Think this could happen to your state?

Since 2008, the idea of third parties started to gain more popularity across America. Principled conservatives and libertarians united against both the Democrat and Republican establishment started to explore methods of opposing Washington elites and the status quo.

The Tea Party had some success – and has continued most successfully – with primary campaigns which put principled people like Ted Cruz and Rand Paul in races as the Republican candidate. Once they won the GOP nomination, winning the general election was often pretty straightforward. Yet many liberty activists have become disenchanted by the two party system and are turning to other options.

Third parties have been the other option, employed for a variety of reasons both practical and ideological for many voters. It’s in this environment that the Ohio State Senate has passed this bill which would essentially eliminate all third party candidates from ballots.

In the bill, only candidates from parties which earned 3% or more of the vote in a presidential election would be placed on the ballot; all other candidates would be write-in options. Newly qualifying parties must also submit petitions with at least 55,809 valid signatures.

The bill would, in many ways, solidify the placement of the Democrat and Republican parties at the center of American politics. Voters must look up and remember the names – something which should be simple but many people simply vote party line, and this will create a discrepancy amongst parties – and write-in candidates must apply to be counted.

Write-in votes are also counted much more slowly than others, if at all, meaning they will not be discussed in the initial analysis of election results. In addition, many third parties choose to build support by running in small, local campaigns before progressing to expensive and challenging presidential elections, but the Ohio bill only bases its judgment on presidential elections. Any third party candidate from a party which chooses to focus its limited time and money on winnable campaigns would be at an immediate disadvantage.