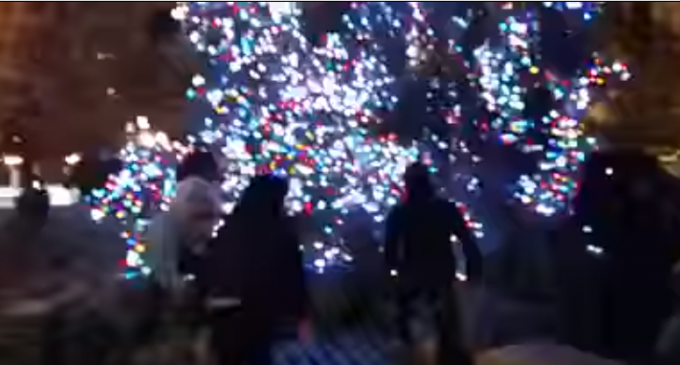 What this Christmas tree did to deserve the brutal attack isn't clear. It seems unlikely that the cheery evergreen was in some way responsible for the murder of innocent blacks, nor does it seem likely that the tree had any history of institutionalized racism.

Rather, it seems that Black Lives Matter is one again showing itself to be nothing more than an excuse for vandalism, violence, and altogether senseless buffoonery.

If the tree's only crime was being a symbol of holiday spirit, then it looks as if the Grinch is being giving a run for his money. They're a mean one, Black Lives Matter.

See the video of Black Lives Matter's anti-Christmas vandalism on the next page: