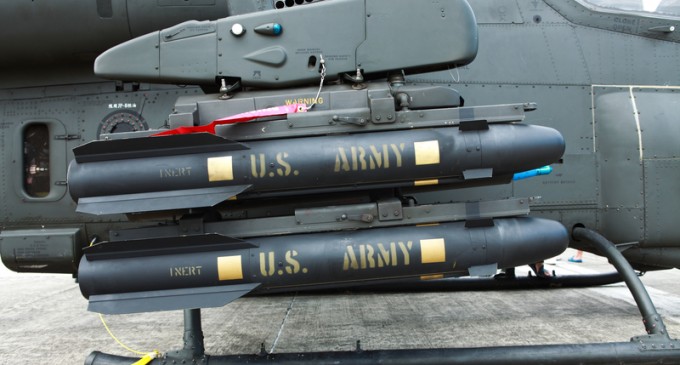 The United States government has been quite cavalier when it comes to shipping weapons to unsavory countries. The arming of the Syrian rebels is proof enough of that claim. But after a Hellfire missile ended up in Cuba, many, including members of the federal government, are scratching their heads in confusion.

U.S. Defense officials are investigating how the missile sent to Europe in 2014 for a training mission in Spain ended up in Cuba instead of being returned to Florida. Was it deliberate? Or was this another one of the Obama Administration's blunders? They've reached out to Cuban leadership, requesting the missile be returned, and of course, they have refused.

While the United States government continues discussions with Cuba in an effort to secure the weapon's safe return, it's important to remember that the U.S. and Cuba have only recently restored diplomatic relations, after fifty years of hostility. The $65,000 dollar missile was sent from Lockheed Martin to Spain, where it was used in a training exercise and never made it home.

Read more about the missing missile on the next page.