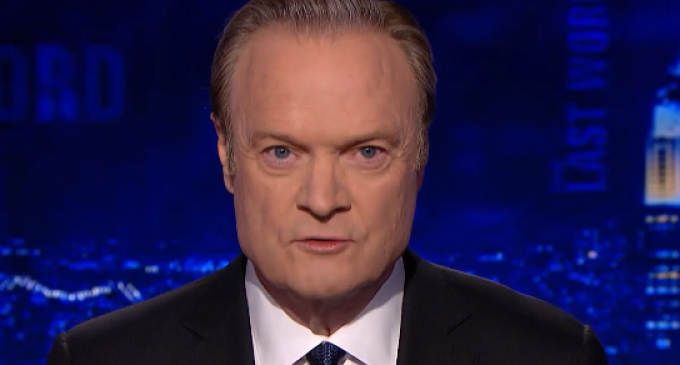 Soon after Deutsche Bank stated that it was in possession of President Trump's tax returns that had been subpoenaed by US lawmakers probing his finances, O’Donnell, who was obviously just chomping at the bit in anticipation that the smoking gun that alluded Special Counsel Robert Mueller had just been uncovered.

…a “single source close to Deutsche Bank has told me that the Trump – Donald Trump’s loan documents there show that he has co-signers. That’s how he was able to obtain those loans. And that the co-signers are Russian oligarchs.”

O'Donnell then said, “That would explain, it seems to me, every kind word Donald Trump has ever said about Russia and Vladimir Putin, if true, and I stress the ‘if true' part of this.”

President Trumps attorney's immediately responded with a letter threatening a lawsuit if a retraction was not immediately made.

n his letter (read in full here), Harder characterizes these allegations as extremely damaging to Trump, and warned others against republishing the allegedly false statement.

“The only borrowers under these loans are Trump entities, and Mr. Trump is the only guarantor,” continues the demand letter.

“Numerous documents for each of these loans are also recorded, publicly available and searchable online. Thus, actual malice can easily be proven based on your reckless disregard of the truth and unreasonable reliance on an alleged ‘source' who you will not even identify in your story and likely is seeking to mislead you and the public for political reasons or other ulterior motives.”

Trump, through his lawyer, demanded that O'Donnell and NBCU “immediately and prominently retract, correct and apologize for the aforementioned false and defamatory statements.”

“Failure to do so will leave my clients with no alternative but to consider their legal options which could include immediate legal proceedings against Mr. O’Donnell and NBCU,” concludes the letter.

“Should that occur, my clients would pursue all available causes of action and seek all available damages and other legal remedies to the maximum extent permitted by law.”

And now, after his original tweet suggesting Russian co-signers had been retweeted and liked tens of 1000s of times, McDonald has backed away dramatically from his story…

“Last night I made an error in judgment by reporting an item about the president’s finances that didn’t go through our rigorous verification and standards process,” O'Donnell tweeted.

“I shouldn’t have reported it and I was wrong to discuss it on the air. I will address the issue on my show tonight.”

Last night I made an error in judgment by reporting an item about the president’s finances that didn’t go through our rigorous verification and standards process. I shouldn’t have reported it and I was wrong to discuss it on the air. I will address the issue on my show tonight.

O'Donnell also apologized on-air (video below), but only to the fact that he had made the statement without vetting the info through their ‘rigorous verification and standards process.' He then went on to say that they still don't know if the information regarding Trump-Russia financial ties was true or not.

According to the letter sent by Trump's attorney, the information is available and his unwillingness to simply look proves malice.

This is the key: numerous documents are publicly searchable for the loans hence DJT’s Counsel can prove actual malice. pic.twitter.com/kVTT0oOLYV