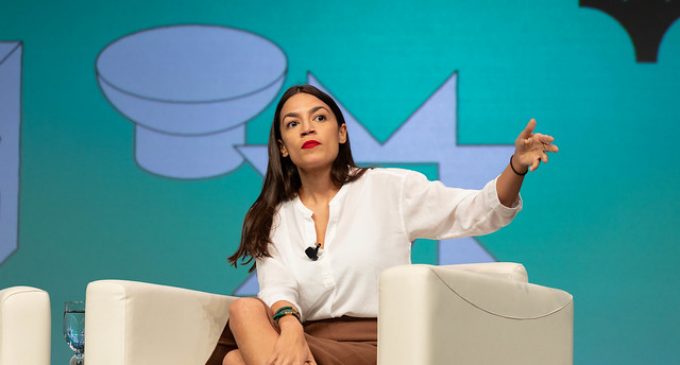 Political voices from across America's heartland are hitting back after Rep. Alexandria Ocasio-Cortez (D-NY) posted a video on Instagram calling the Electorial college a ‘scam' that hurts minorities. As she was driving through the desert on an empty highway she sarcastically said ‘look at all these votes'.

Of course, the brilliance of the Electoral College is what keeps big cities from deciding our elections. Without it, Los Angeles and New York would be deciding who would be president for the rest of the nation.

AOC isn't alone, however. Several Democrats have been calling for the elimination of the Electoral College in the wake of President Trump beating Hillary Clinton in 2016 despite losing the popular vote.

Fox News’ Dana Perino fired back Wednesday night on “Tucker Carlson Tonight,” calling Ocasio-Cortez’s remarks “bad for civics education,” because of the impact she has on social media.

“Think of how many people follow her on Instagram and are going to think, ‘OK, the Electoral College is racist' — because she's… driving through flyover country, then she thinks that it's OK to say that these people don't matter — the people that live here don't matter,” Perino said, reminding viewers that the Electoral College was not considered racist when it yielded two victories for President Barack Obama.

Proponents of the Electoral College, like Ernst, fear that if the status quo is changed, presidential candidates would overlook smaller states in favor of larger or more densely populated ones.