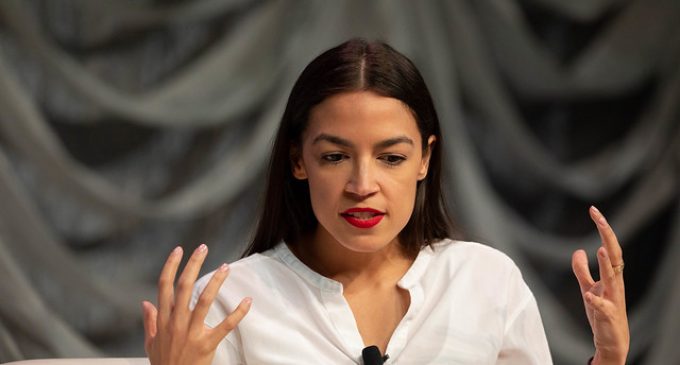 Rep. Alexandria Ocasio-Cortez (D-NY) continued railing against Electoral College on Friday, this time she made headlines by calling the smearing the institution as “affirmative action” for rural Americans.

This follows her accusation from last week that the Electoral College “is, in fact, a scam” and has a “racial injustice breakdown.”

“The Electoral College has a racial injustice breakdown. Due to severe racial disparities in certain states, the Electoral College effectively weighs white voters over voters of color, as opposed to a “one person, one vote” system where all our votes are counted equally,” she wrote.

Her latest attack set about making 5 points to support her claim.

I see Fox News is big mad about abolishing the electoral college.

So let’s talk about it.

1) If the GOP were the “silent majority” they claim, they wouldn’t be so scared of a popular vote.

They *know* they aren’t the majority. They rely on establishing minority rule for power.

2) This common claim about “if we don’t have the Electoral College then a handful of states will determine the presidency” is BS.
a. It’s the *EC itself* that breaks down power by state, pop vote decentralizes it

b. The EC makes it so a handful of states DO determine elections

3) LASTLY, this concept that the Electoral College is provides “fairness” to rural Americans over coastal states doesn’t hold any water whatsoever. First of all, virtually every state has rural communities. NY. California. Much of our states are rural.

4) We do not give electoral affirmative action to any other group in America. Do Black Americans have their votes count more bc they have been disenfranchised for 100s of years? Do Reservations get an electoral vote? Does Puerto Rico and US territories get them? No. They don’t.

5) The Electoral College isn’t about fairness at all; it’s about empowering some voters over others.

Every vote should be = in America, no matter who you are or where you come from. The right thing to do is establish a Popular Vote. & GOP will do everything they can to fight it.

Check out the video below for commentary on the above tweets.

In recent years, abolishing the Electoral College has become a priority for the so-called progressive leadership.

There is also a movement titled the National Popular Vote, or NPV, which would guarantee the presidency to the winner of the popular vote without ratifying the Constitution and without the full agreement of every state.

The U.S. Constitution (Article II, Section 1) gives the states exclusive control over awarding their electoral votes: “Each State shall appoint, in such Manner as the Legislature thereof may direct, a Number of Electors….” The winner-take-all rule was used by only three states in 1789.

The National Popular Vote interstate compact would not take effect until enacted by states possessing a majority of the electoral votes—that is, enough to elect a President (270 of 538). Under the compact, the winner would be the candidate who received the most popular votes from all 50 states (and DC) on Election Day. When the Electoral College meets in mid-December, the national popular vote winner would receive all of the electoral votes of the enacting states.