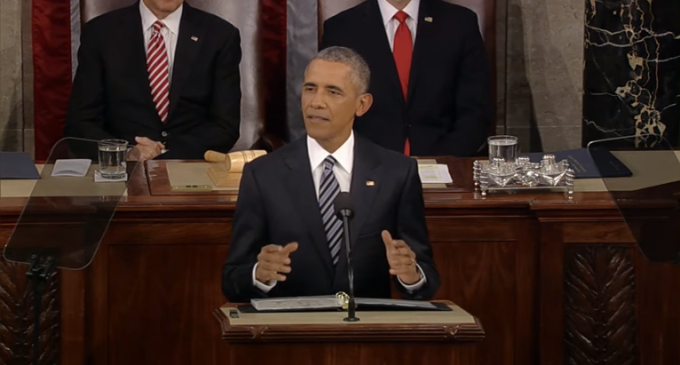 The good news is that America has had to listen to Obama’s last State of the Union!  The bad news is that the American people have been lied to by a President most outrageously, for the umpteenth time. Breitbart did a fact check of Obama’s fabricated world and has come up with the top ten list of lies that he has foisted upon his beguiled subjects.

After breaking his short speech promise, he gave what Dana Bash, of CNN called a “low energy” oration full of distortions and contrivance meant to keep America hypnotized.  Only at the end of his soliloquy did he say something of great import and truth:  “There’s no doubt a president with the gifts of Lincoln or Roosevelt might have better bridged the divide…”.

In Obama’s mind, he is the best president America has ever had because of the hope and change he has gift wrapped for his subjects, at their expense.  America had the misfortune of 58:44 of Obama bloviation and the list of the top 10 lies are on the following page.