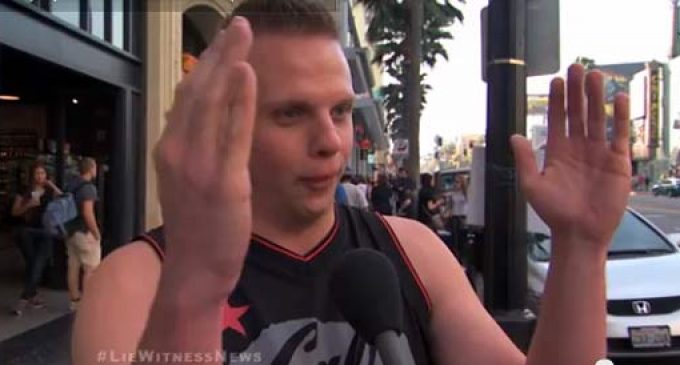 It seems like TV cameras bring out  public ignorance like nothing else can. Check out this clip of folks giving their opinion on Obama’s State of the Union address before it even happened. Now ask yourself, how many people even watched it; how many are giving similar uninformed opinions even after the fact?

Several hours before President Barack Obama addressed a joint session of Congress with his State of the Union address, ABC-TV’s late night star, Jimmy Kimmel sent his “Lie Witness News” cameras to the streets outside of his Hollywood Boulevard studios to ask people what they thought about the president’s speech. Again, Kimmel’s camera crew was on the streets before the SOTU even happened.