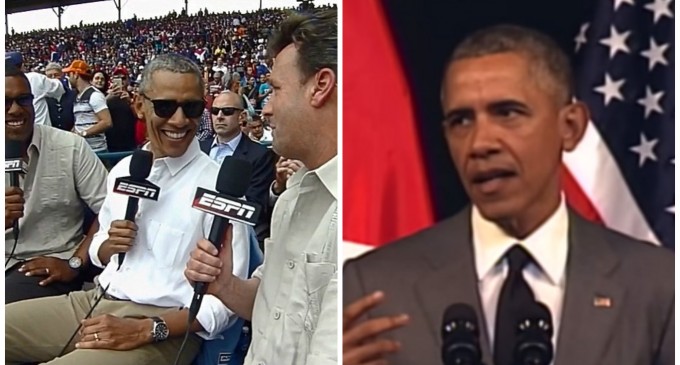 Barack Obama is still trying to convince America that Islamic State or ISIL is somehow a fringe element in Islam that does not reflect the values and beliefs of the religion. Although he recently called them a “JV team” of the long list of Muslim terrorist groups, he now at least understands that they are deadly serious and gaining ground. With the attacks in Brussels last week, it would seem obvious that there is great danger to inviting Islamic immigrants into a country without thoroughly vetting and limiting those who would enter.

Obama once again missed the mark after the murderous attack when he continued on with his schedule, which included attending a baseball game in Cuba. Even going so far as to downplay the threat they present in an effort to justify his loafing.

However, he gave a more substantive address on Saturday and sounded as if he is serious about the dealing with ISIL, though he still refuses to connect the words Islam and terrorism, which seem to be quite clear cut in reviewing who is conducting terrorist activities throughout the world. And he still is confused when it comes to immigration into the U.S.