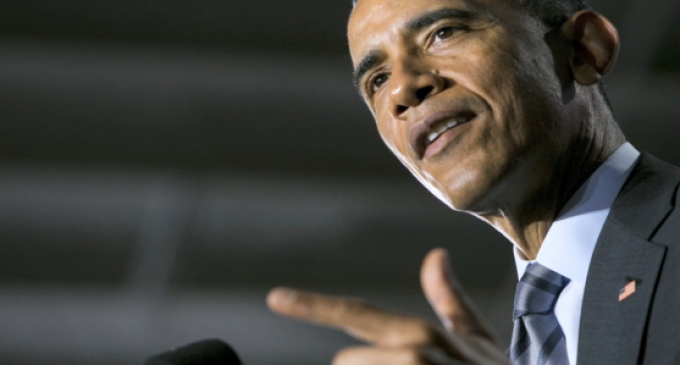 Barack Obama has been plagued by failure nearly his entire presidency. Most notably, his foreign policy blunders and the rise of racial tensions in America have become hallmarks of his tenure. The economy, while not good, has largely taken a back seat in recent years. This is thanks to an incredibly slow recovery that has — nonetheless — brought the country out of the miserable economic crisis that we found ourselves in shortly after Obama took office.

Many have attempted to credit Barack Obama with the recovery, acting as if it wouldn't have occurred without his leadership. That is, of course, ridiculous. Economies recover from depression. Ours always has. What is unique to this particular recovery is the incredibly slow pace at which it has occurred.

That, as it turns out, may be Obama's true contribution to the economy.

See how many economy-crippling regulations the president has enacted while in office on the next page: