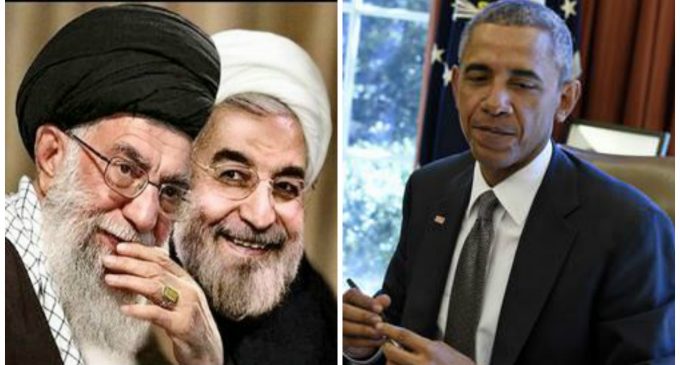 Now that North Korean leader Kim Jong-un appears to be wavering under the rock-solid promise by President Donald Trump that any hostile move by the rogue dictator toward the US or its allies will be met by “fire and fury, the likes of which has not been seen in the history of the world,” it appears that Iran, emboldened by President Obama's and Secretary of State Kerry's simpering and feeble worship at the feet of the Muslim idols, has opted to take much of the cash injection afforded through such depraved slavishness by the former president and spend it not on food for their people or infrastructure, but on military might.

Just as Prime Minister Benjamin Netanyahu had warned in the Obama years prior to the outlandishly one-side Iran Nuclear Deal, that Islamic nation now strives for dominance not only in terror funding, but also in an Atlantic Ocean flotilla that will roam to “Western waters themselves.”

In yet another potential showdown with the Mother of All Terrorist Nations, Iran is using $500M of the generously wrapped Ramadan present with the big Obama bow to create a fleet to rival the Great Satan!  Turn to the next page for details on this newest threat, courtesy of the Obama regime!