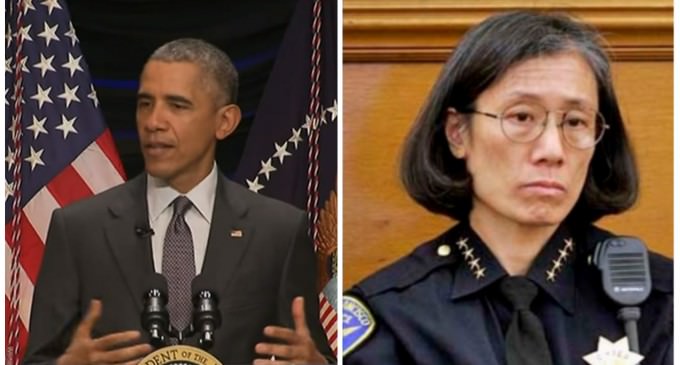 President Obama has taken advantage of the recent stepping down of the Department of Homeland Security's Assistant Secretary for State and Local Law Enforcement Mike Fischer to put a pro-open borders appointee into the position.

The appointee, San Francisco police chief Heather Fong, oversaw the implementation of that city's controversial sanctuary city policy, raising doubts as to whether she intends to enforce existing immigration law and apprehend people attempting to cross the Mexican border.

House Committee on Homeland Security Chairman Mike McCaul expressed such concerns, saying that this was a political move on the part of the Obama administration and that it “undermines credibility and morale in the organization.”

It isn't just Congressmen who are worried though; rank and file Border Patrol agents have communicated their displeasure with Fong's appointment, arguing that having someone with her beliefs running the agency will make carrying out it's mission of securing the border impossible.

Check the link below to read about Fong's record as police chief and see the reactions of Border Patrol agents to her appointment as their new boss: