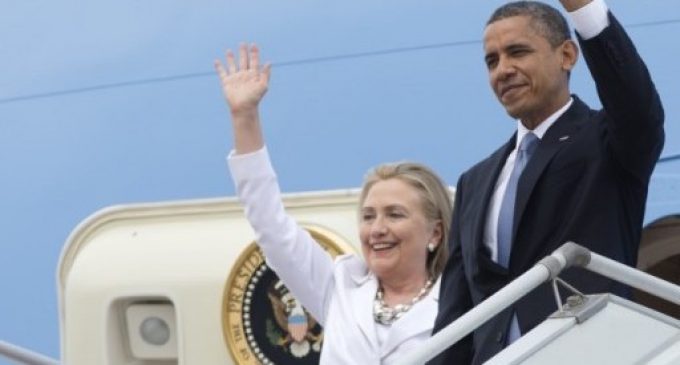 When you are pursuing a policy or activity that requires deception, it's axiomatic that you will have to devote resources to keeping that deception going. Failure to do so means the whole thing comes apart as some inconvenient fact inevitably surfaces thereby revealing your deceit. As the nefarious activity develops, and thus the need for deception grows, you find yourself in constant damage-control mode.  This is the history of the Clintons, one they share to some degree with Obama.

One manifestation of this has been the failed U.S. policy in Libya.

The Libya operation, orchestrated by then-Secretary of State Clinton, remains a disaster.  It almost had to be so given the use of rebel groups in Libya to foment violence with the intention of getting rid of Qadhafi. That Hillary got rid of him is a fact that she is very proud of, but the method she employed involved much deception.  And as we pointed out earlier, that's what has put her, and Obama for that matter, in constant damage-control mode regarding their Libyan activities.

So we find the Obama administration now moving to dismiss charges against an alleged gun-runner because prosecuting the case would result in the surfacing of some rather inconvenient facts.