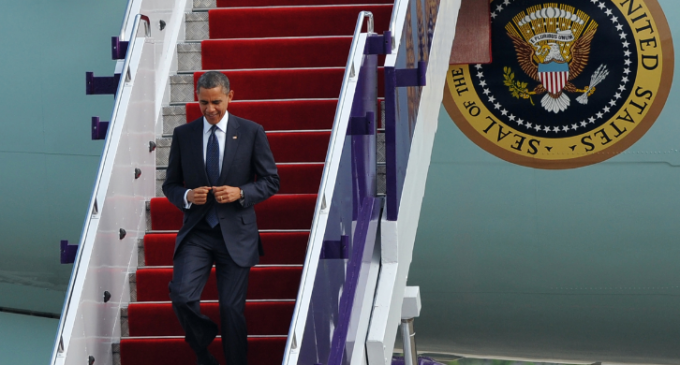 Obama is embarking on his final foreign trip as president — and it's being dubbed a “group therapy session” by Josef Joffe, a scholar at Stanford University.

Obama has reason to be grieving this week. Our current president has bet his entire legacy on a serious of executive orders meant to help cement his status as one America's greatest leaders. Before last week's election, it didn't look like he had anything to worry about. Clinton was overwhelmingly favored to win the White House, and she had campaigned on a promise to preserve Obama's legacy for the next four-to-eight years.

Of course, she will never be given the chance.

In a stunning rebuke of the Obama presidency, the nation chose Donald Trump as Obama's successor. Trump has already promised to undo much of Obama's most important “accomplishments.”

And now Obama's foreign pals seem to be joining in on Obama's mourning. See why Trump's win has them in a funk on the next page: