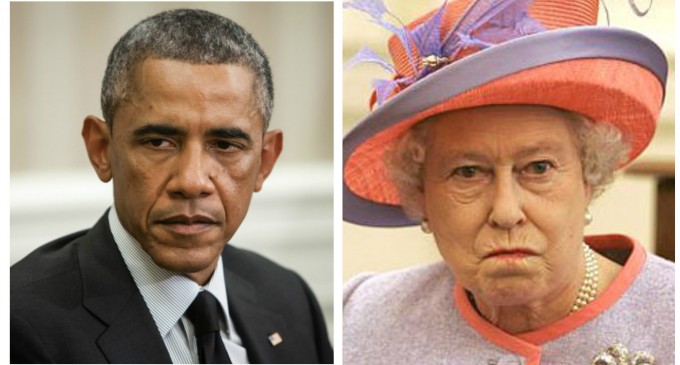 When the Queen of England finds your entrance over the top, you've got a problem.

Still, this is the very predicament President Barack Obama found himself in when he attempted to land his army of choppers as he descended on Her Royal Highness's property.

Both seem to be becoming the norm for our lame duck President. As he nears the end of his term, few seem as willing to give in to his demands or feign the respect they once were forced to give.

Nowadays, it seems the only person willing to cling to Obama is Hillary Clinton. It makes sense; she may be the only politician left with higher unfavorability.

To read about Obama's royal snub, continue reading on the next page: