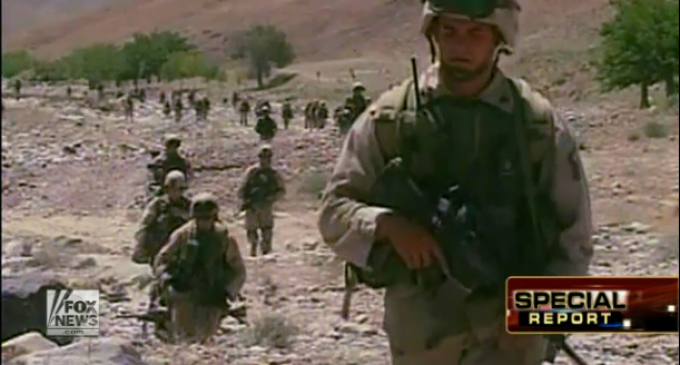 Military personnel and veterans generally receive a 1.8 percent pay increase every year except this one as Obama, though executive order, cut it to 1 percent.

Since 2008 active-duty troops and veterans have had increasing difficulty making financial ends meet, according to the Center on Budget and Policy Priorities. It estimates estimates nearly 340,000 veterans receive public money for housing and 900,000 veterans live on food stamps.

If it's one group that is entitled to assistance from our government it's our military and vets…not illegal aliens!

President Obama on Monday signed an executive order giving military personnel and civilian federal workers a 1 percent pay raise, the first raise for civilians in four years. But for military families, it was another hit.

Military members had been receiving an annual pay increase of 1.8 percent, and ther order comes as more benefit cuts loom on the horizon for military families due to tightening budgets.

For active-duty troops and veterans, making financial ends meet has gotten increasingly difficult in the past four years, according to the Center on Budget and Policy Priorities, a non-profit think tank, which estimates nearly 340,000 veterans receive public money for housing and 900,000 veterans live on food stamps.

A further 5,000 active-duty troops are currently receiving SNAP, or food stamp assistance. Most are junior troops with large families, according to the Pentagon, which points out that those on active duty who need this help represent .01 percent of the 44 million Americans who qualify for food stamps.

For Pvt. Heather Kready, who served with an Army medical support team, explaining to her kids why they have so little money is difficult.

“I mean, their lives revolve around pushing me in a chair,” Kready explained while huddled by a bonfire with other wounded veterans at the Bethesda Walter Reed Medical Center. “My kids know how to break down a wheelchair, and they're 10 and 13.”

A soldier's basic pay is $18,194, which is well below the federal poverty line. Rising divorce rates after repeat deployments and child support payments are making it difficult for some active-duty troops and veterans to pay bills. The Defense Department says the salary figure can be deceiving, and that an Army private with less than two years of service and no dependents earns about $40,400 annually if you include base housing and food allowances.

But wounded veterans such as Marine Staff Sgt. Mark Burleson, who is still being treated at Walter Reed, explained some of the financial hardship troops are facing during a get together at a farm run by the non-profit charity “Truckin4Troops.”

“Getting these guys to say, ‘I need to go on food stamps’ is like admitting defeat,” Burleson said. “They don't want to do it.”

Kready added that she knows someone who goes through food pantries because they’re too proud to collect food stamps.