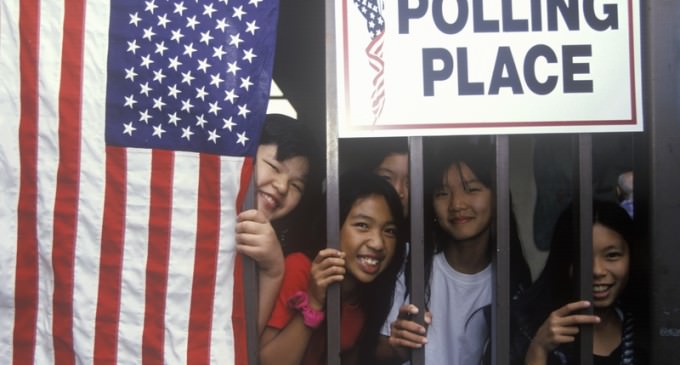 State election officials testified before Congress on Thursday that due to the driver’s licenses and Social Security numbers illegal immigrants will receive from Obama’s temporary deportation amnesty, a major loophole will be created that will allow them to vote in elections.

Although it remains illegal for noncitizens to vote, officials won’t be able to detect illegals who chose to register anyway with forms that are accessible at multiple locations within any city.

Anyone registering to vote attests that he or she is a citizen, but Ohio Secretary of State Jon Husted said mass registration drives often aren’t able to give due attention to that part, and so illegal immigrants will still get through.

Kansas Secretary of State Kris W. Kobach said even some motor vehicle bureau workers automatically ask customers if they want to register to vote, which some noncitizens in the past have cited as their reason for breaking the law to register.

“It’s a guarantee it will happen,” Mr. Kobach said.

Democrats disputed that it was an issue at all, saying Mr. Obama’s new policy, which could apply to more than 4 million illegal immigrants, doesn’t change anything in state or federal law.

Delegate Eleanor Holmes Norton, the District of Columbia’s nonvoting member of Congress, accused Republicans of an effort at voter suppression.

Rep. Stephen F. Lynch, Massachusetts Democrat, said he doubted illegal immigrants would risk running afoul of the law — which could get them deported — just to be an insignificant part of an election.

The hearing was the latest GOP effort to dent Mr. Obama’s executive action, announced in November, which grants tentative legal status and work permits to as many as 4 million illegal immigrant parents whose children are either U.S. citizens or legal permanent residents. The president also expanded a 2012 policy for so-called Dreamers, or illegal immigrants brought to the U.S. as children, granting them tentative legal status and work permits as well.

Republicans say there are a host of unintended consequences, including the chances of illegal voting, a perverse incentive created by Obamacare that would make newly legalized workers more attractive to some businesses than American workers and complications with the tax code.

The newly legalized workers can apply for back refunds from the IRS even for years when they didn’t file their taxes, agency Commissioner John Koskinen told Congress on Wednesday.

Mr. Koskinen said the White House never spoke with him about potential consequences before Mr. Obama announced his policy changes. The secretaries of state who testified to the House Committee on Oversight and Government Reform on Thursday said they too never heard from Mr. Obama ahead of time.

Mr. Husted has written the Obama administration asking for help in identifying the name and date of birth of all noncitizens who get Social Security numbers, which he said would allow states to go back and clear illegally registered voters from their rolls.

He said the administration hasn’t responded.