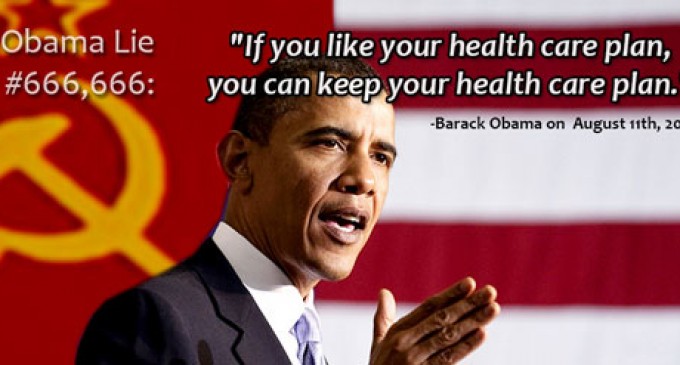 These plans are being cancelled hoping that the people losing their policies will buy Obamacare plans instead.

However, based on the performance of the state exchanges & federal government's website, most of them don't seem to be buying new plans, of course, many can't with the roll out failures.

While those that can and do face higher costs!

“Florida Blue, for example, is terminating about 300,000 policies, about 80 percent of its individual policies in the state.

Kaiser Permanente in California has sent notices to 160,000 people – about half of its individual business in the state.

About two-thirds of those policyholders will see rate increases in their new policies, said spokesman Steve Shivinsky.” “The arithmetic is inescapable,” said Patrick Johnston, chief executive officer of the California Association of Health Plans.

Costs must be spread, so while some consumers will see their premiums drop, others will pay more — “no matter what people in Washington say.”