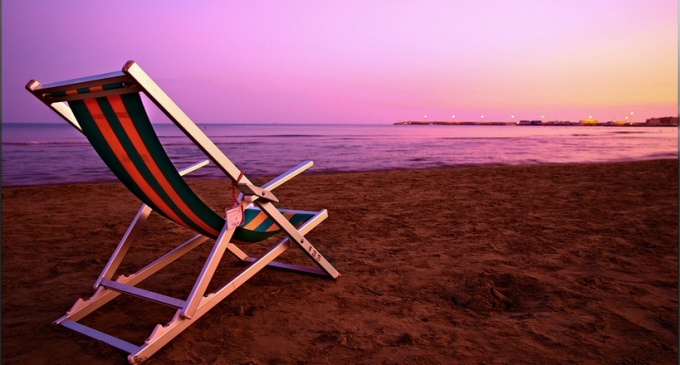 In this latest Obamacare discovery, your freedom of travel has now been greatly restricted.

As Obamacare exchanges only provide local coverage – all non-emergency medical expenses will come out of pocket, which will force many Americans to think twice before traveling. This will also greatly affect the real estate market.

American Thinker’s Stella Paul writes “Americans are among the most mobile people on earth, but ObamaCare may soon start freezing them in place,” she writes. “Millions are losing their health insurance policies and being forced onto the ObamaCare exchanges, where most plans only provide local medical coverage.” Millions of Americans “will have their insurance as a consideration for their mobility, which they never had before.”

Of course, the ACA is a 381,517 word document that was passed without Congress really knowing what was in it.

Obamacare was never really about healthcare. It is a one-way ticket to socialist/fascist American society.

Americans are among the most mobile people on earth, but ObamaCare may soon start freezing them in place. Millions are losing their health insurance policies and being forced onto the ObamaCare exchanges, where most plans only provide local medical coverage. As Americans realize they must pay for all non-emergency medical care when they leave their home county, their decisions may have a profound impact on the real-estate market, particularly the second home sector, and on the travel business.

I recently interviewed a woman I’ll call Sue, whose story may become increasingly common. Sue, a 60-year-old retiree, and her husband bought a second home in South Carolina to escape the Connecticut winters. “I had a Blue Cross Blue Shield policy in Connecticut, and I used it with no problem in South Carolina. I found an internist and ophthalmologist and dermatologist down here, and kept the rest of my doctors up north.”

“The price was reasonable. It cost me $450 a month, with a $2,500 deductible. It was slightly more for out of network; there was no co-pay, and I got my prescriptions filled in both states with no problem.”

“Then I got the letter telling me that my policy would no longer exist, because it didn’t comply with the new health care law. They wanted to transfer us into a new plan that doubled my premium to $900 a month. The deductible went up to $3,500, and it covered zero out of network.”

“My first worry was about Sloan-Kettering in New York, where I had surgery a few years back. If I needed cancer care there again, what would I do? Then I realized that if I wanted to see my South Carolina doctors, I’d have to pay out of pocket. That could wind up being extremely expensive, and that’s money we hadn’t budgeted for…”

“My husband looked around and finally found a policy that has out of network coverage, but it comes with a very steep price. It’s $900 a month, with a $7,000 deductible and a co-pay on everything. Basically, it’s catastrophic insurance, and I’ll be paying my South Carolina doctors out of pocket.”

“We both worked hard all our lives and saved our money, so we could live off our savings at this stage of our lives. Now here comes this new health care law, and I’m nervous about all these expenses we didn’t anticipate.”

“The stress has been tremendous, and at some point, it just won’t be worth it. I think the time is coming when we’re going to ditch our South Carolina home and move back north to be near our primary doctors.”

“I really can’t take Connecticut winters and it’s better for my health to spend those months in South Carolina. But with this new health care law, I don’t think we can afford to keep doing that.”

I asked a prominent New York insurance broker about Sue’s situation. “Most of the networks on the exchanges are not national. Off the exchange, there a few that provide national coverage,” he said.

“Any plan will cover emergencies. But if you need routine medical services, they will not be covered when you leave your local area, and on the old plans they were.”

“You can’t solve the problem by buying travel health insurance, because that’s only for medical emergencies. And this restriction means that a large portion of the population will have their insurance as a consideration for their mobility, which they never had before.”

“I often have people come to me with a situation involving two states. The husband may stay in New York for the summer, while the wife goes up to Vermont, and they both need medical coverage.”

“In the past, I’ve looked around and found them a policy that works for their circumstance. But ObamaCare doesn’t give you those options.”

“People are buying these exchange policies with a hood over their head. They don’t have a clue what they’re buying.”

“So now if the wife is in Vermont for the summer, she’ll get no routine medical care, no follow up, unless it’s out of pocket. And those cash expenses won’t be applied to the deductible.”

Americans already know that ObamaCare means higher premiums and a shrinking roster of doctors. But they have not yet realized that ObamaCare plans are not portable and will impede their ability to travel.

What happens to those plans to send the kids to live with the grandparents for the summer, when little Josh needs to keep up with his allergy shots? What decision will a family make when Dad needs to move to start his new job, while the kids stay behind to finish up the school year? What kind of financial pain will be inflicted on American contract workers, who rent a hotel residence for three months while they complete a project? And who will buy a vacation home when the costs include out-of-pocket medical expenses?

Moreover, ObamaCare may soon start impacting access to emergency room care. With Americans no longer able to receive routine medical services when they travel, will they start showing up in emergency rooms for sore throats and backaches? And how will these new throngs of patients affect the waiting time of people with genuine medical emergencies?

“I have 35 years in the industry, and I’ve never seen anything like this,” the New York insurance broker told me. “ObamaCare is a rolling disaster. Every time we go down the road, we get hit with another catastrophe.”