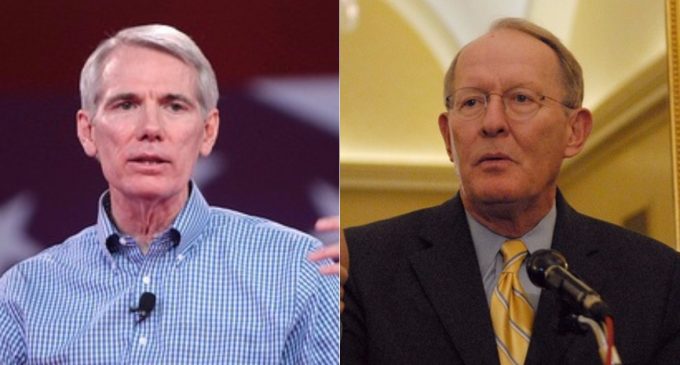 A plague has spread over the United States that resembles the biblical “water to blood” disaster that enabled the land of Egypt to experience blight, drought, famine and mass extinction of animals.  That “water to blood” plague has taken place in Congress where there is not only a dearth of common decency or sense of obligation to the American people anymore, but there is also no honor against the sin of bearing false witness.

The Congressional senators and representatives these days fall into one of three categories.

The ObamaCare Repeal bill has finally reached the Senate and what should have been an easy deletion of the healthcare debacle that is hurting millions and millions of people, both insured and uninsured, was again kept solidly in place.  But not by Democrats this time around.

Read more on the following page about how seven Republicans decided to give one huge middle finger to Americans, even selling out their own constituents, to whom they had explicitly promised, IF ELECTED, that they would repeal the horrible Unaffordable Care Act.