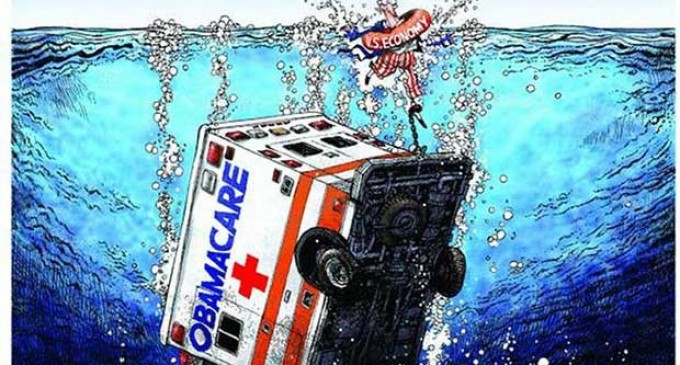 It should have been clear when the Democrats forced through the Obamacare legislation without a single Republican vote, and as Nancy Pelosi pointed out, without even knowing what was in the bill, that it would be a disaster. When President Obama claimed that costs would go down by $2,500 per family, coverage would increase, and the same providers would be available to consumers if they wanted to keep their existing insurance, it should have been obvious that the president was lying. Now that we are a few years into the program we are seeing rates skyrocket, coverage that is both expensive and worthless because of the huge deductibles and co-pays, and we are also seeing the departure of insurance companies from the system who are not even able to make a profit.  The administration will proudly point to the increasing numbers of signups without mentioning that 2016 enrollment will be about half the number projected from when the program was jammed through Congress. It is also astonishing that the program is not more successful given the fines or taxes the government assesses anyone who does not sign up for their product.

But now there are even larger problems on the horizon, if can imagine it. Learn about the change that is about to devastate the program even further on the Next Page: