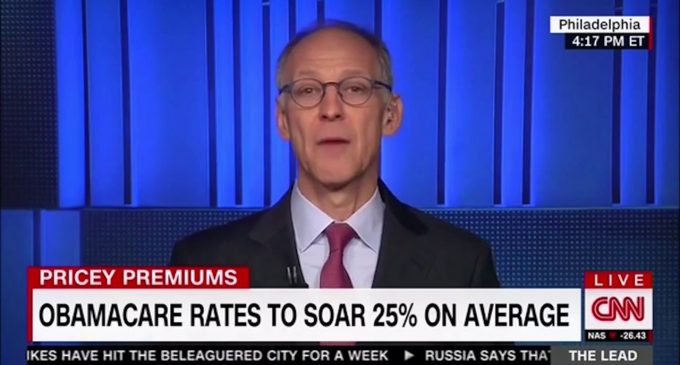 With the Obamacare premiums set to increase soon and young people about to feel the hit the most, the architects of this “game-changing” healthcare program have come forward to say that it's working just as it was designed to. And by that, they mean that things are about to become severe for young people and those who have been finding ways around this system that the government is trying very hard to make mandatory.

According to MIT Economics Professor and Obamacare architect Jonathan Gruber, Obamacare isn't imploding, though statistics show otherwise. He also believes that there needs to be a larger mandate penalty. What this proves is that our government's healthcare system is exactly what Conservatives feared it to be, a massive redistribution of wealth. They want to penalize those who have been avoiding it and make older people pay more so that people who ride the system can get free healthcare. Meanwhile, it would seem their tactics are to scare the people they claim to be “helping” into buying into Obamacare with mandate penalties.

Find out what else Gruber said on the next page.