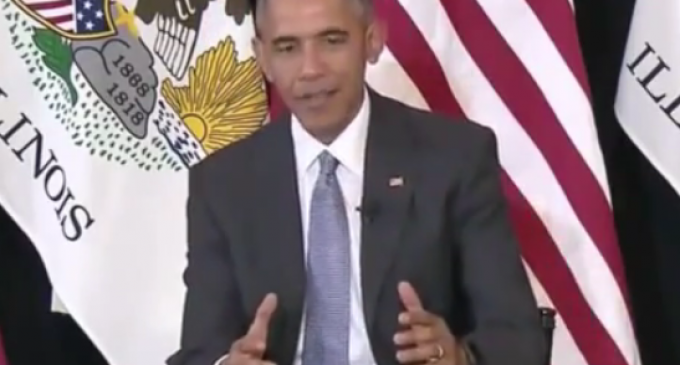 President Obama often likes to remind the American people how victimized he, his family, blacks in general, other minorities, and women are in America.  According to the President and other liberals, there is a vast [right wing?] conspiracy at the highest levels of government, business, and education where old white men spend their time devising new ways to oppress every black, Hispanic, Muslim, female, and gay person they possibly can.

Democrats play from a deck of cards where just about every single one is the race card — and they're going all-in.

Recently the administration claimed that landlords who refuse to rent to convicted felons are racist — without even knowing the race of the applicant — because blacks and Hispanics are more likely to be affected.  With this kind of logic, it is no surprise that when Obama spoke to students at the University of Chicago School of Law earlier this month he used the opportunity to bemoan America's racist ways.

To read why our divider-in-chief believes that the American election system is racist and hear his ideas on how to remedy this, continue reading on the next page: