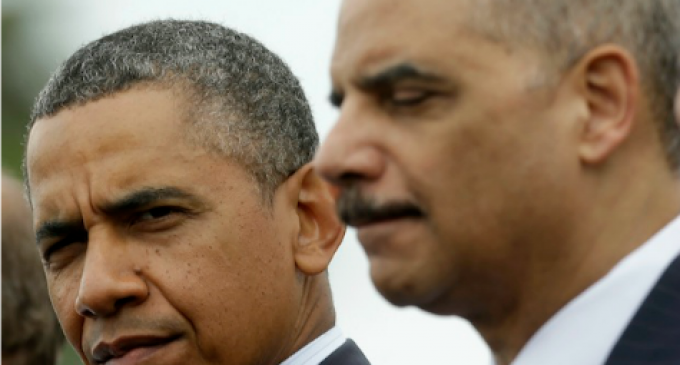 President Obama wants to spend $1.1 billion dollars of your tax money to limit your gun rights.

The Department of Justice came along and said they wanted  $382.1 million for some of it's own gun control interests in an effort to “to protect Americans from gun violence.”

I guess the remaining $6.179 billion could buy Al-Qaeda in Syria and the Mexican drug cartel a lot of arms.

Oh, you thought gun control meant control YOUR guns.  Actually we see now than Obama's definition of ‘gun control' simply means who controls the guns, in this case that should police, military, Al-Qaeda and Mexican drug lords.

$182 million of this $1.1 billion is to support the president's ‘Now is the Time' gun safety initiative.

Well, patriots, the only gun control safety initiative we need right now is to make sure that all the safeties on our guns are on when they are at rest. I certainly don't want all those safeties to come off at the same time. But it seems that this administration wants to see that happen.

President Obama has requested $1.1 billion and the Department of Justice (DOJ) asked for $382.1 million for gun control “to protect Americans from gun violence.”

Included in the DOJ's $382.1 million figure is a request for $2 million for smart gun technology grants.

According to The Washington Beacon, Obama's $1.1 billion “[includes] $182 million to support the president's ‘Now is the Time' gun safety initiative.”

“Now is the Time” includes the following:

4. Finish the job of getting armor-piercing bullets off the streets

As Breitbart News has previously reported, expanded background checks would not have stopped the heinous crime at Sandy Hook Elementary; even Senators Dianne Feinstein (D-CA) and Joe Manchin (D-WV) admit this.

Moreover, as we reported on April 7th, murder rates were 19.3 percent higher while the federal “assault weapons”  ban was in place (1994-2004). Why would we, then, spend over a hundred million dollars instituting another ban?