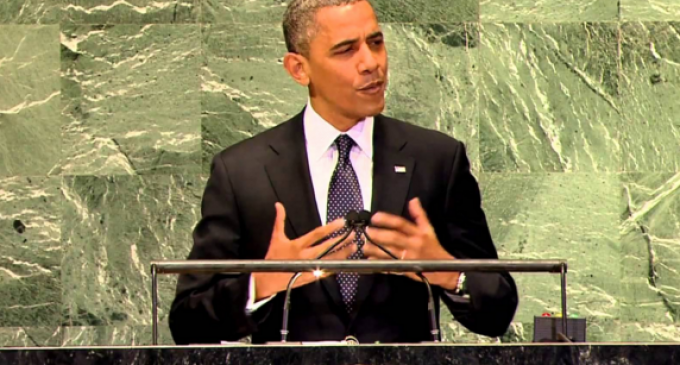 President Obama has once again used the Constitution like toilet paper, and his Democrat serfs have bowed their knee to serve him. The United Nations is a rogues gallery of power and money hungry diplomats who see the United States as their personal ATM. And Obama is determined to bring the United States down in any way possible. His latest attempt is huge, and involves the bankrupting of the nation. So far, he is succeeding.

The Global Warming (or Climate Change) scam is, among other things, a huge attempt to shift massive amounts of power and wealth to the United Nations. Obama is complicit in this attempt, and he should be limited by his authority and ability to negotiate on behalf of the United States without advice and consent of the American people as expressed through their congressional representatives.

Simply put, Obama cannot negotiate or sign a treaty of behalf of the United States without Congress approval. But as we have seen with this arrogant and lawless “prince,” the Constitution and executive limits mean nothing to Obama, and he has just obligated the United States to huge financial and legislative commitments for years to come without bothering to consult with Congress.