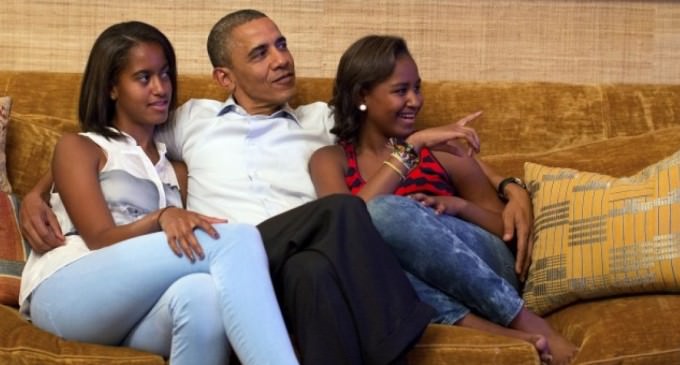 David Axelrod, Obama's former senior advisor, recently wrote a book claiming Obama lied about opposing gay marriage in order to win the presidency in 2008, but that's not the worst of it.

Will Obama not go down in as the biggest law-breaking and lying President in U.S. history? And, if this video is true, his lies know no bounds, even using his own daughters to forward himself and his agenda.

“Opposition to gay marriage was particularly strong in the black church, and as he ran for higher office, he grudgingly accepted the counsel of more pragmatic folks like me, and modified his position…” Axelrod writes.

But where does that leave his claim made to ABC’s Robin Roberts during the 2012 election that he changed his mind because of his daughters?

You know, Malia and Sasha, they’ve got friends whose parents are same-sex couples. And I– you know, there have been times where Michelle and I have been sittin’ around the dinner table. And we’ve been talkin’ and– about their friends and their parents. And Malia and Sasha would– it wouldn’t dawn on them that somehow their friends’ parents would be treated differently. It doesn’t make sense to them. And– and frankly– that’s the kind of thing that prompts– a change of perspective. You know, not wanting to somehow explain to your child why somebody should be treated– differently, when it comes to– the eyes of the law.

Obama’s claim got a fair share of ridicule at the time. “Obama Girls Influence The President– Again,” wrote The New York Times. “Hail to the Chiefs– Malia and Sasha Obama,” snarked Bristol Palin. But for the most part, media outlets gobbled up Obama’s line about how his daughters made him change his mind on a major policy issue.