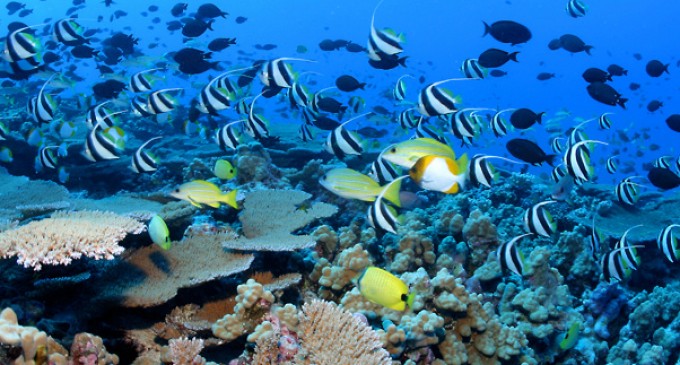 In his latest scheme to end US sovereignty, Obama is renewing his efforts for the US to join the United Nations’ Law of the Sea Treaty.

The US has refused to do this for the last 30 years, but this could be the year that we lose control of our seas if Obama has his way.

Not only would it give the UN control of the world's seas, but it would actually allow the UN to tax American citizens and companies.

Also, U.S. energy companies would have to pay royalties to the International Seabed Authority in Kingston, Jamaica and force them to abide by UN rules when it comes to deep-sea exploration.

If the US signs this, we will lose a huge part of our sovereignty to the United Nations.

The effort for the U.S. to ratify the Law of the Sea Convention has been a long-term goal for White House counselor John Podesta, founder of the highly influential George Soros-funded think tank, the Center for American Progress.

Podesta is a member of a group calling itself Joint Ocean Commission Initiative, which seeks to have the U.S. ratify laws and regulations governing the seas.

The Joint Ocean Commission Initiative is a key partner of Citizens for Global Solutions, or CGS, which, according to its literature, envisions a “future in which nations work together to abolish war, protect our rights and freedoms and solve the problems facing humanity that no nation can solve alone.”

Obama on Wednesday criticized the Senate for its reluctance to ratify the Law of the Sea Convention, stating, “We cannot exempt ourselves from the rules that apply to everyone.”

“It’s a lot harder to call on China to resolve its maritime disputes under the Law of the Sea Convention when the United States Senate has refused to ratify it – despite the repeated insistence of our top military leaders that the treaty advances our national security,” Obama told new graduates at the U.S. Military Academy in West Point.

In 2012, Obama’s Interagency Ocean Policy Taskforce, created in 2010 by executive order, recommended the U.S. join the U.N.’s Law of the Sea Convention.

The convention defines the rights and responsibilities of nations in their use of the world’s oceans, establishing guidelines for businesses, the environment and the management of marine natural resources.

Earlier this week, the State Department held an “Our Ocean” conference that attracted star power when Leonardo DiCaprio appeared and pledged $7 million for ocean conservation.

Secretary of State John Kerry spoke at the oceans conference, where he called for 10 percent of U.S. oceans to be considered marine-protected areas and suggested this be coordinated with the U.N.

He continued: “And we need to push harder, all of us, for U.N. agreements to fight carbon pollution in the first place because the science proves that’s the only way we’ll have a chance of reducing the impact of climate change, which is one of the greatest threats facing not just our ocean but our entire planet.”
Kerry previously served as chairman of the Senate Subcommittee on the Oceans. He explained at this week’s ocean event the ocean conference had been a priority of his for years.

“[L]iterally from the time I was growing up as a child in Massachusetts, when I first dipped my toes into the mud off Woods Hole Oceanographic, in that area of Buzzards Bay and the Cape, and was introduced to clamming and to fishing and all of those great joys of the ocean, I have had this enormous love and respect for what the ocean means to us.”
In a video address to the World Ocean Summit 2014 held this past February, Kerry called for a “global understanding” on how to govern U.S. oceans.

Kerry stated: “I absolutely endorse the notion, as does President Obama, that we need some kind of global understanding about how we will enforce – and what – how we will enforce regulations and what rules we will put in place in order to preserve our fisheries and manage our coastlines and do the things necessary to reduce the pollution and preserve these ecosystems. It is going to take some kind of global understanding.”