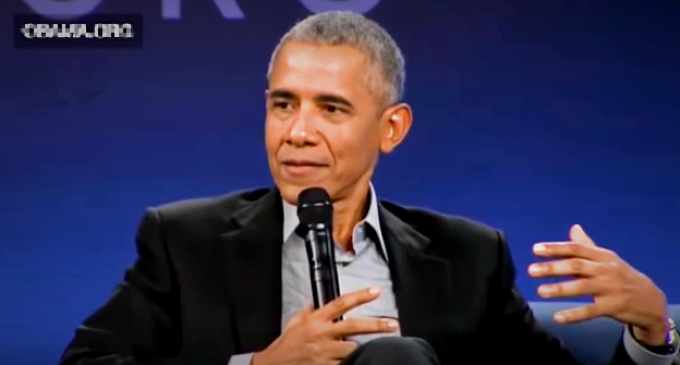 Former President Barack Obama suggested during a conversation with writer Dave Eggers at the second Obama Foundation Summit in Chicago on Monday that the United States under Donald Trump has failed to address climate change and other broad issues because of “hate, anger, racism, [and] mommy issues.”

“The reason we don't do it because we are still confused, blind, shrouded with hate, anger, racism, mommy issues,” Obama said, specifically using the possibility of decreasing carbon emissions by 30 percent with available technology as an example.

“We are fraught with stuff,” Obama continued, “but the thing that we really have to invest in is people.”

While some outlets claim it's stretch to suggest that Obama was talking about President Trump with these remarks, it seems quite apparent by the word choice that Obama was playing off of the common leftist theme that our self-made billionaire president with one of the most productive administrations in America's history that Trump is somehow incompetent and immature. Will the leftists ever get wise to how Trump is playing them? Doubtful.

Anyway, take a look at the video on the next page and judge for yourself.