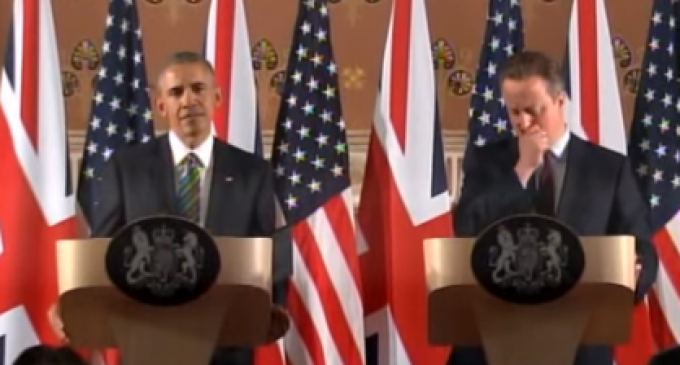 Ever since President Obama was sworn into office in 2009, he has followed a peculiar playbook on how to treat friends and enemies.  Immediately after assuming office, Barack Obama began his worldwide apology tour.  He went around Europe and the Middle East listing all of America's faults and pledging to transform our country into something less offensive to our enemies.

Since then, he has treated our enemies like friends, and our friends like enemies.  Obama has repeatedly praised Iran throughout the process of the highly unpopular nuclear deal struck last year.  He and John Kerry apologized to Iran while they held our sailors hostage, and thanked the terror-supporting regime upon the sailors' release.  Obama and his administration have also been friendly with the brutal Castro regime in Cuba — recently claiming we could learn a thing or two from them.

Our friends only wish they received the royal treatment reserved for our enemies.  Last year President Obama refused to meet with Israeli Prime Minister Benjamin Netanyahu while he was in Washington.  Reports surfaced that the Obama administration was actively trying to thwart Netanyahu's reelection effort back in Israel, and the president did not even call Bibi after he won reelection.

Now, President Obama has turned on America's greatest ally — the United Kindom.  To watch President Obama threaten the UK, and see why many Britons are now accusing the president of “blackmail” over Britain's possible departure from the European Union, continue reading on the next page: