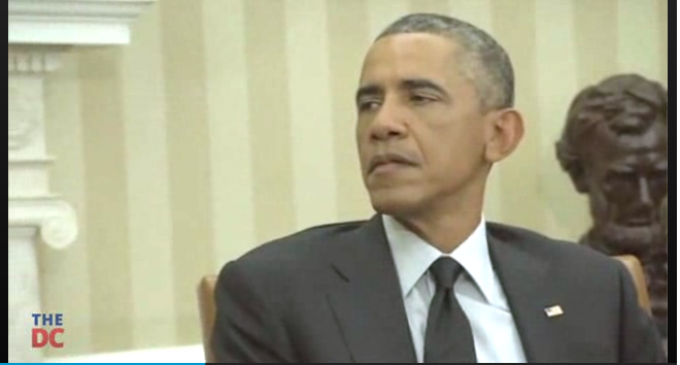 On Nov. 5th Obama met with civil rights activists, including tax-cheat Rev. Al Sharpton, about the protests in Ferguson, MO.

Obama actually told the activists that he wanted to see the protesters ‘staying on course'.

According to a NY Times article, Sharpton stated Obama:

“was concerned about Ferguson staying on course in terms of pursuing what it was that he knew we were advocating. He said he hopes that we’re doing all we can to keep peace.”

These protesters have looted over 100 businesses and recently 2 members from the New Black Panthers were caught with high explosive material and illegal firearms, obvious preparations for the upcoming Grand Jury decision on whether or not to indict officer Darren Wilson in the shooting death of Michael Brown.