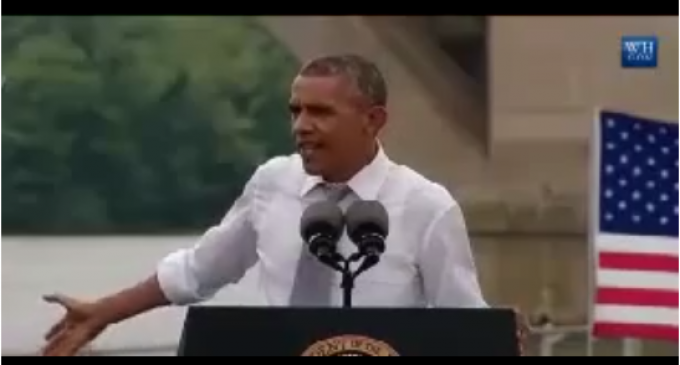 Obama arrogantly taunted Republicans yesterday, stating “So sue me,” referring to John Boehner's recent trifle of a lawsuit filed against him.

Obama knows nothing is going to happen with this lawsuit and he feels that Congress is ‘locked down' and will continue to do nothing to stop his tyrannical actions. So why not be arrogant?

“As long as they insist on taking no action whatsoever that will help anybody, I’m going to keep on taking actions on my own that can help the middle class, like the actions I’ve already taken to speed up construction projects and attract new manufacturing jobs and lift workers’ wages and help students pay off their student loans,” Obama said in Washington. “Middle-class families can’t wait for Republicans in Congress to do stuff. So sue me. As long as they’re doing nothing, I’m not going to apologize for trying to do something.”

Obama is destroying the country at the foundation – while offering his ignorant, socialist followers breadcrumbs like ‘help with paying off student loans', which will mean nothing when our economy is completely trashed. He offers band-aids to be placed on top of his surgical destruction of our country and ignorant Democrats applaud.

Many of our readers continue to ask why this criminal has continued to be allowed to commit treason without consequence. The answer is that all 3 branches of our government are now subjugated to communist ideals. We currently live in a lawless society – making way for a dictator.