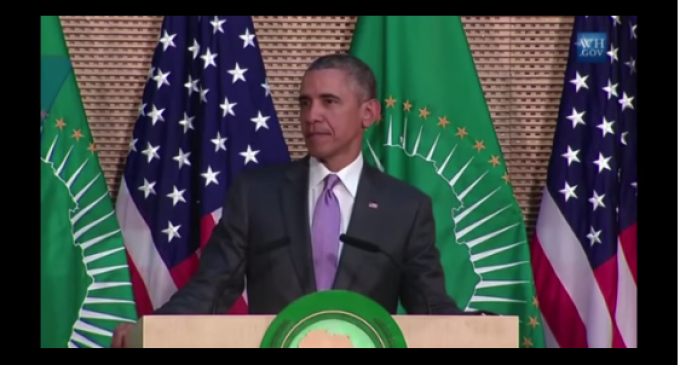 “Many a true word is spoken in jest”

Geoffrey Chaucer is thought to be the first express this idea. Shakespeare later wrote in King Lear in 1605:

Let's hopè that Obama isn't about to prove himself a ‘prophet' with his recent comment about being the President after 2016. Many speculate that he will remain in office after the United States suffers an 'emergency', which would permit him to suspend elections.