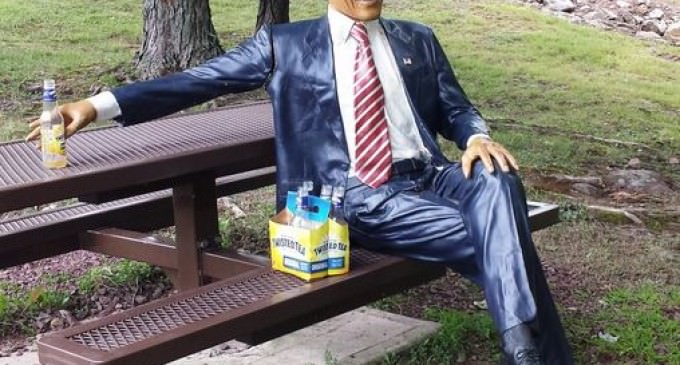 A life-sized statue of Obama was stolen off the porch of Tiffany Bruce from Wilkes-Barre, PA, who went into such a panic over the theft she had to go to the hospital.

“That statue was actually $1249,” Bruce said. Who also noted it took her months to save up for it.

The statue was later found in a nearby city with an empty bottle of Twisted Tea in its hand, a pack of empty Twisted Tea bottles on the bench next to it and a cigarette in its mouth.

It's unknown who took the statue.