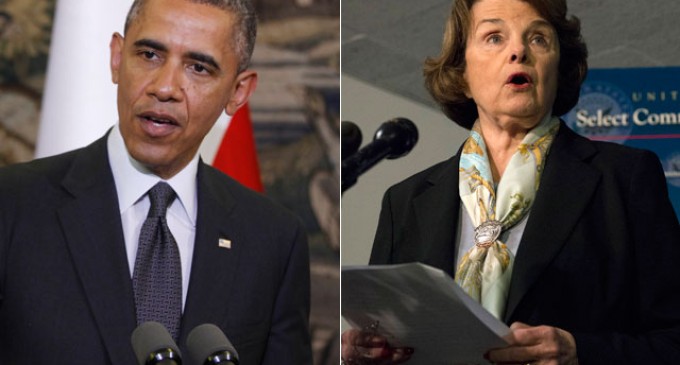 The White House issued an apology to key lawmakers for not speaking to Congress, as required by law, that the administration was planning to trade an alleged deserter for five top Taliban terrorist commanders.

“He apologized for it and said it was an oversight,” Feinstein stated was her impression of the call she received from Deputy National Security Adviser Tony Blinken.

Obama has certainly had a lot of breaking-the-law ‘oversights' hasn't he? Doesn't seem to realize he's broken the law until he “learns about it on TV”.

A top aide to President Obama is now apologizing to Congress for not informing lawmakers, as required by law, that the White House was planning to trade an alleged deserter for five top Taliban commanders.

The apology comes after Obama himself defended his actions this morning, insisting his administration had discussed the release with Congress “for some time.”

Sen. Dianne Feinstein (D-CA) told reporters that she received a call from Deputy National Security Adviser Tony Blinken on Monday evening apologizing for failing to inform Congress about the deal to exchange five Taliban detainees for the release of Sgt. Bowe Bergdahl.

“I had a call from the White House last night, from Tony Blinken, apologizing for it,” Feinstein, the chairman of the Senate Select Committee on Intelligence, told reporters at the Senate on Tuesday.

Feinstein said that it was “very disappointing” that President Obama decided not to alert Congress about the deal, suggesting that there was not a “level of trust” at the White House.

“He apologized for it and said it was an oversight,” Feinstein said about the call with Blinken, clarifying that it was her “impression” of the call.

Feinstein said that in previous conversations with Senators about the trade, “there were very strong views and they were virtually unanimous against trade.”

Feinstein explained that she still had questions about Bergdahl, particular about the nature of his captivity.