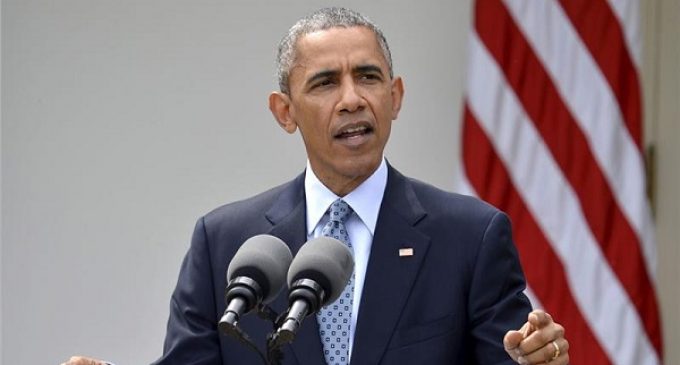 President Obama may be on his way out of office, but that's not stopping him from doing what he can to continue compromising the nation's sovereignty.

For the past 8 years, this administration has made it a priority to weaken the United States. From tying the hands of our soldiers to making nice with the Iranians, the White House has made it clear that it views America not as a country to defend but a threat to be weakened.

But it's not just the nation's defensive posture that Obama has undermined: its the US's military capabilities as well. After years of trying to decimate our nuclear capability, the president has taken his most drastic action yet to relieve the US of it's nuclear weapons stockpile: overriding the objections of Congress, Obama has resolved to go to the UN and ask them permission to ban all nuclear testing whatsoever.

Learn more about Obama's latest power grab on the next page: