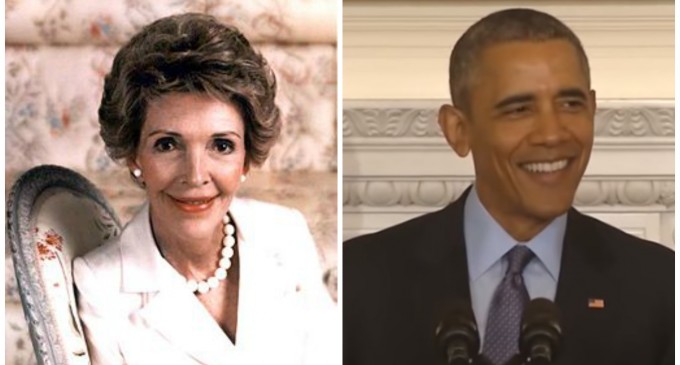 Nancy Reagan's death came as a surprise to many this week, and left the country mourning over the loss of Ronald Reagan's fierce, loyal partner and wife of half a century.

Nancy and Ronald's love of country may have only be eclipsed for the love they shared for one another. Their partnership has been well documented through the decades, and well documented in the last years of Ronald's life. As the president lost a slow fight against Alzheimers, Nancy stood by his side a duty servant, and after his passing, she continued the fight to protect the President's legacy and fight the disease that took him from her.

She was well loved by those on both sides of the isle, and many were sad to see her go.

Somewhat predictably, however, Obama once again has better things to do than have the respect to attend a conservative icon's funeral.  See what he's doing instead on the next page. It's hardly a good excuse: