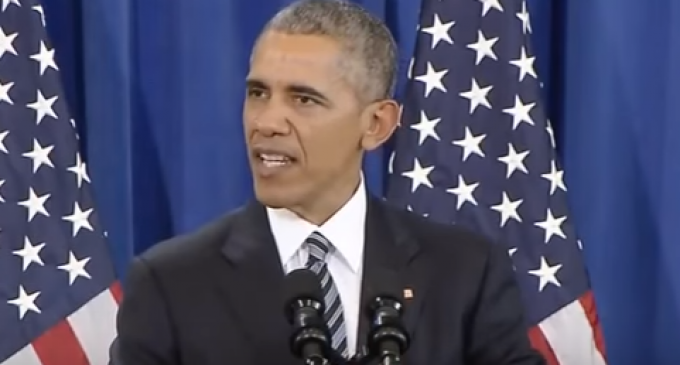 The left's sudden about-face on Russia is as stunning as it is alarming.

Four years ago, Mitt Romney was asked who he thought posed the greatest political threat to the United States. His answer, Russia, was immediately mocked by Obama and the rest of the Democrat Party. They claimed that Romney was stuck in the Cold War and that he was disconnected from the current geopolitical climate.

Obama's relaxed stance on Russia extended past the campaign trail, as well. His administration proposed a failed “Russian reset” and allowed Putin to invade Crimea with little consequence.

But that was before the Russians allegedly hacked into the DNC email servers.

Now, the party that has never been tough on Russia is beginning to get tough on Russia, and their latest actions have many concerned that a conflict between the superpowers is imminent.

Read about the military's latest action along Russia on the next page: