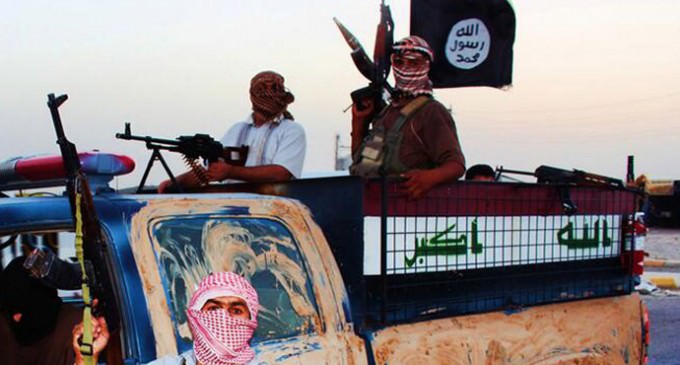 The US is now sending arms to the out-gunned Kurds in Iraq to battle the Islamic State, or ISIS.

Of course, ISIS is far more powerful as they have seized much of the $9 billion in advanced arms that the US left behind after the Iraq war. Now we are sending yet more arms to Iraq – one must wonder how long it will take ISIS to seize those weapons as well.

But ISis also obtains our weapons from the rebels we are arming in Syria – you know, those that Obama calls ´moderate´ – because the 2 groups are linked. All one of these IS jihadists has to do is cross the border and suddenly we redefine and arm them.

ISIS is now the richest terrorist organizations in the world, with an estimated $2 billion in funds. They have obtained a lot of their funding not only from seizing bank assets after invading a city, but from US allies, namely Kuwait, Qatar, and, possibly, Saudi Arabia.

I guess it would be too much for Obama to ask our our allies to knock it off?

And, let´s not forget that the US trained ISIS forces at a secret base in Jordan. We helped make this terrorist force in numerous ways.

ISIS recently stated that they will “the flag of Allah in the White House.” And, with their sudden and powerful rise that was only possible with all the money and advanced weapons they´ve received one way or another from the US, it makes one wonder if this has not essentially already happened.

Obama has opened our southern border to the entire world. To think that these terrorists aren´t coming in would be foolish, yet our president still won´t close the border.

The communists in our government have to love the opportunity that these Islamic militants will provide to enable a bigger, more oppressive government when they do start attacking us on our soil.

Rather than defeating the IS militants, the airstrikes are meant to give a breathing space to the Kurdish Peshmerga militia, the general said, which is the only force in northern Iraq strong enough to confront the Islamists. In addition to bombing the militants, Washington has agreed to directly arm the Kurds, the media reported on Monday, overturning Washington’s longstanding policy of funneling all arms supplies to Iraq through the government in Baghdad.

According to Kurdish officials, the weapons would be supplied through the CIA and would include Russian-made small arms, such as Kalashnikov rifles and mortars. However, this could leave the Peshmerga at a serious disadvantage, as the Islamic State fighters are much better armed, having seized hundreds of millions of dollars-worth of heavy American weapons from the fleeing Iraqi army.

“The jihadist forces in Iraq are probably the strongest jihadist force in the region and in the world,” Walid Phares, a leading anti-terrorism expert and advisor, told RT. “They are equipped with advanced American weapons. And that’s how they were able to ethnic-cleanse the minorities from many areas south of Kurdistan. And now they are attacking Kurdistan.”

Experts say it is probably only a matter of time before IS finds a way to fully benefit from having US-made tanks and helicopters the way it currently benefits from US-made artillery pieces shelling the Kurd troops. Members loyal to the Islamic State in Iraq and the Levant (ISIL) wave ISIL flags as they drive around Raqqa June 29, 2014. (Reuters)

The irony of the US having to bomb their own hardware arguably matches that of the US inadvertently contributing to the rise of IS, which grew from a relatively ordinary branch of Al-Qaeda to one of the best-armed and best-funded terrorist groups in the world.

The Islamic State’s lightning offensive in June, which took by surprise – including the US and Iraqi governments alike – would have been unlikely if the militants hadn’t built themselves a strong base in neighboring Syria. They managed to do this exploiting the weakness of the Syrian government bogged down by years of fighting against various rebel factions, some of them vocally supported by the US and its allies.

“The US allocated hundreds of millions of dollars to support, fund and train armed opposition groups in Syria,” political activist Raed Jarrar told RT. “Definitely foreign interventions and foreign agendas in the region opened the door wide for the extremist groups.”

IS, originally an Iraq-based organization, carved out a piece of eastern Syria thanks to ruthlessness on the ground, funding from private sponsors in countries suc h as Kuwait and Qatar, and an abundance of weapons smuggled into Syria, including those reportedly delivered to rebel groups with the help of the CIA and Turkey.

After securing their base, they invaded Iraq in a bid to create a caliphate straddling both countries. 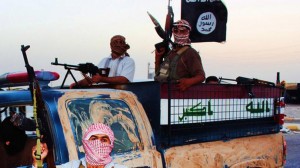