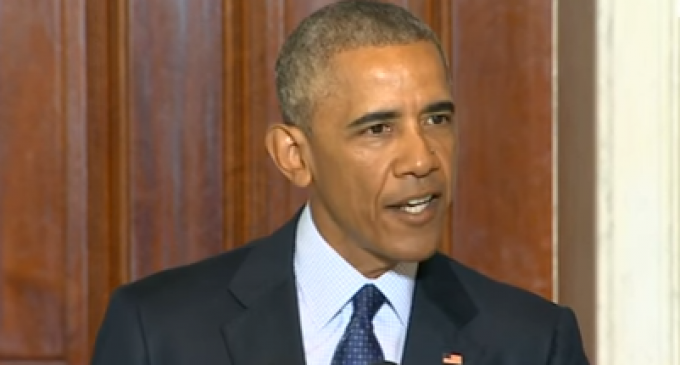 For eight years people have wondered what Barack Obama's real relationship with Islam was. He went to school in Indonesia, a country of some 250 million people that is predominantly Muslim, and attended a Muslim school there.  During his presidency, Obama has shown a decided deference to Muslim world leaders, and an unwillingness to engage militarily against jihadist groups that should have been attacked much more forcefully. He just gave away the store in a deal with Iran that will allow them to obtain nuclear weapons within ten years, and probably much sooner, and he has shown great disdain towards Israel, which is trying to survive while surrounded by Muslim countries intent on its destruction.

He has also made a strict point to avoid using the phrase “Islamic terrorists,” instead skirting the issue and simply talking about terrorists or murderers. For example, in the Fort Hood massacre by a Muslim terrorist, he insisted that it was simply “work place violence” in spite of the killer shouting “Alahu Akbar” repeatedly as he mowed down his fellow soldiers. The same distinction was made after the recent slaughter in San Bernardino, California, with Obama trying to completely disassociate the violence and murder from the religious identity of the perpetrators. Now Donald Trump has called him out and criticized the hypocrisy, and the thin-skinned Obama does not like it one bit, as the president throws a hissy fit in the video on page 2.

Watch the video of Obama whining about Trump's criticism on page 2: