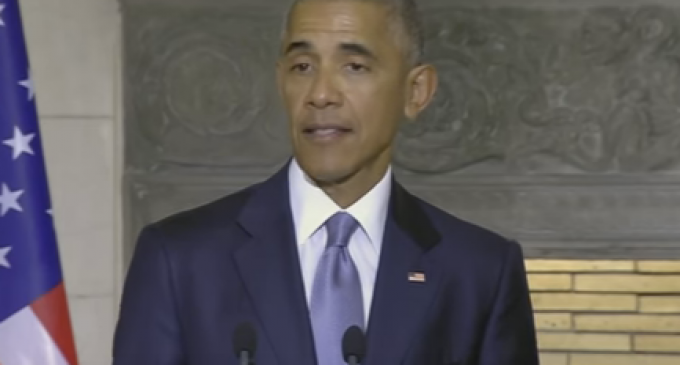 The forces of globalism took it on the chin with the election of Donald Trump.  Same thing with the Brexit vote.  These are terrific things to see, and wonderful battles to win, but under no circumstances should anyone believe that the globalists are defeated or ready to just roll over and play dead.  The correct position is to expect them to strike back.

The defeat of Hillary Clinton reduced the risk of World War III by preventing her from using the office of president to intensify her bellicose talk and threats of military action against Russia.  Both she and our Peace Prize President seemed hell-bent on provoking Russia and Mr. Putin.  This fits in well with the neocon obsession left over from the George W. Bush administration that sought to maintain US hegemony over the whole world, even if it meant war.

Evidence that the forces of globalism have not been defeated can be seen in Mr. Obama's farewell tour of the world.  More on page two.