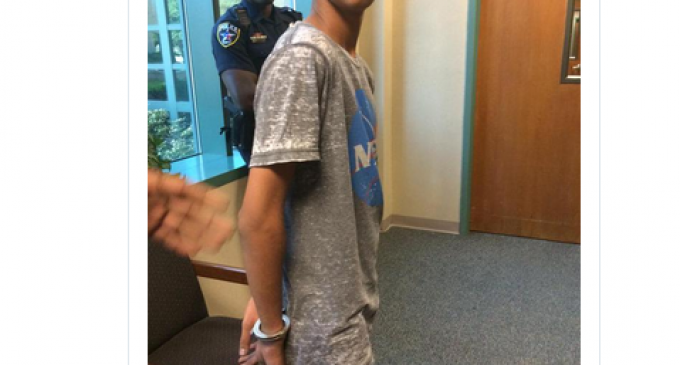 Obama Steps in it AGAIN! He invited bomb/clock boy to the White House and attempted to turn the Clock/Bomb incident in a race/Islamophobia issue, but it is quickly unraveling.
As the reader recalls fourteen-year-old Ahmed Mohamed, bought a strange ticking device to his school, MacArthur High School. His device caused alarm and fear, and he was detained for having what his teacher perceived as a bomb. Police officers said the electronic components and wires inside his Vaultz pencil case (which is the size of a briefcase) looked like a “hoax bomb.”

The boy got suspended. But as soon as ISIS creator Barack Obama caught wind of it, he invited the boy and his clock bomb to the White House.  More Obama bumbling on the next page: