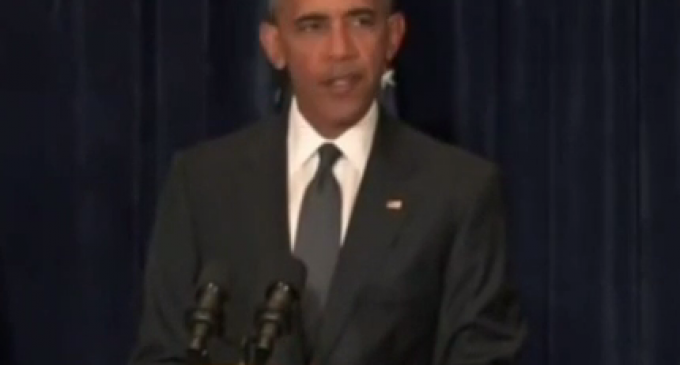 Barack Obama usually reserves immediate responses to tragedy for attacks that involve one of his party's protected groups — homosexuals, blacks, or Muslims — but today he bucked that trend to address the shooting of six cops and the death of five others during an anti-police rally in Dallas, Texas.

The move signifies a troubling trend regarding race relations in America. For the past year, Black Lives Matter have protested any and all police-related shootings of African American men. Even when the police were found innocent, the protestors never swayed from their anti-cop rhetoric. This week, that rhetoric is to blame for the most deadly day for law enforcement since the September 11th terrorist attacks.

This cyclical rhythm of violence has now become too dangerous for even Barack Obama to ignore. While he had for years appeared to publically oppose the police involved in these shootings, it looks as if his words have finally caught up with him.

See Obama's response to the surge in race-related shootings on the next page: