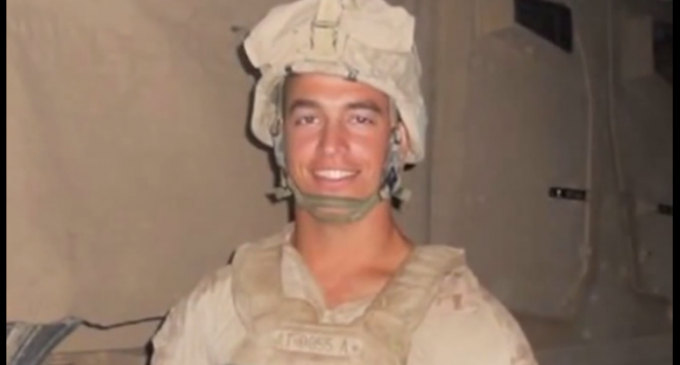 The White House recently responded to the online petition to demand the release of U.S.M.C. Sgt. Tahmooressi, still sitting in a Mexican prison after 5 months and being completely ignored by his Commander In Chief.

As expected, Obama still refuses to do anything to help our Marine.

The U.S. State Department continues to provide extensive consular assistance to Mr. Tahmooressi, and will do so until his case is resolved. As in all cases when a U.S. citizen is arrested overseas, our goal is to see that Mr. Tahmooressi is treated fairly during the judicial process with the hope that he can receive the support, both emotional and medical, that he may require now and at the conclusion of the proceedings.

Mexico is one of the United States’ most important partners. We have close economic and cultural ties, and we work closely with them on numerous sensitive issues. While we will not go into detail about our private diplomatic discussions on this case, U.S. officials, including Secretary of State John Kerry, have spoken to Mexican officials at the highest levels regarding Mr. Tahmooressi’s case.

Mexican authorities have been very willing to engage on this issue. They have provided prompt and continued consular access and visitations. As a result, the State Department has been able to provide regular updates on Mr. Tahmooressi’s condition to his family, Members of Congress, and the press.

Of course this is all complete BS. Obama could simply demand the release of our Marine at any time. We gave Mexico $265 million in aid in 2013, and we can't demand they help close the border and give us back our Marine?

“Private diplomatic discussions'? Of this I'm sure, Obama doesn't want you to hear his private conversations where he tells his subordinates “We might do something about it next year.”

“We respect the rule of law” Uh, now is not the time to make jokes!

Sgt. Tahmooressi served his country honorably with 2 tours in Afghanistan and has been diagnosed with PTSD. He is now flat broke, having spent all his money on lawyers.

If you would like to donate to the legal fund to help our Marine, go to: andrewfreedomfund.com

To share your discontent at Obama's response to this petition, go to: whitehouse.gov